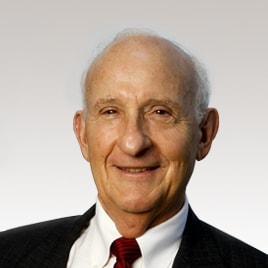 Mr. Rady has served as Chairman of our Board of Directors and Chief Executive Officer since September 2015. From our initial public offering in January 2011 to September 2015, Mr. Rady served as our Executive Chairman of our Board of Directors. Mr. Rady has over 40 years of experience in real estate management and development. Mr. Rady founded American Assets, Inc. in 1967 and currently serves as president and chairman of the board of directors of American Assets, Inc. In 1971, he also founded Insurance Company of the West and Westcorp, a financial services holding company. From 1973 until 2006, Mr. Rady served as chairman and chief executive officer of Westcorp. He served as chairman of Western Financial Bank from 1982 until 2006 and chief executive officer of Western Financial from 1994 until 1996 and from 1998 until 2006. He also served as a director of WFS Financial Inc., an automobile finance company, from 1988 until 2006 and as chairman from 1995 until 2006. From 2006 until 2007, Mr. Rady served as chairman of dealer finance business and California banking business for Wachovia Corporation, and also served as a director from 2006 until 2008. Mr. Rady currently serves as chairman of the board of directors of Insurance Company of the West, chairman of the Dean's Advisory Council of the Rady School of Management at the University of California, San Diego and trustee of the Salk Institute for Biological Sciences. Mr. Rady received his degrees in commerce and law from the University of Manitoba.